Tips On How To Screen A Medical Billing Company

You’ve worked hard to achieve qualifications and recognition in your chosen medical field, and you’ve put your heart and soul – and, most likely, a huge injection of cash – into opening your own practice. What you didn’t reckon on was how hard the medical billing process would be.

It should be simple, right? You deliver a service, you issue an invoice and the payment is made.

In theory, yes. That said, in reality, it is rarely that straightforward. Aside from the time and money involved in issuing invoices in the first place, it can often take a practice months to get paid, resulting in too much time being spent on administration.

Spending Too Much Time On Paperwork

The percentage of doctors spending more than one day a week on paperwork increased dramatically from 58% to 70% between 2013 and 2014. In fact, around 23% of doctors spend more than 40% of their time on administration, up from 15% last year.

One of the largest physician surveys ever completed in the United States revealed that 48% of physicians feel their time with patients is always or often limited.

So the question is this: wouldn’t you rather be focusing your time, energy and money on your patients, rather than admin? Of course you would.

This is why it may be time to outsource your medical billing process.

Efficient billing and revenue collection is central to the success of any organization yet, traditionally, medical practices have resisted outsourcing, citing control and cost as the main reasons. However, research shows that it actually costs more to keep the medical billing process in-house, as well as increasing the time burden on doctors and their staff.

This is because it is not simply a matter of issuing an invoice anymore – it is about Revenue Cycle Management (RCM) and that is becoming increasing complicated and burdensome. RCM encompasses patient registration, insurance and benefit verification, charge capture and claims processing. That, in turn, demands new systems, software, specialized staff training, and more.

In short, billing is no longer just about billing, and sending out an invoice doesn’t mean you’ll get paid!

To better illustrate this, let’s take a look at what it would cost to keep the medical billing process in-house. The annual salary alone for an in-house medical coder can be up to $56,000, and that’s without benefits, insurance, and other employment costs.

Alternatively, you might decide to train existing staff members, so that they can fit in the medical billing process around their other duties. Both time and money will be the issue there, not to mention the necessary experience and expertise.

The thing is, outsourcing your medical billing process will actually increase your revenue, by saving you the money you would spend in-house, as well as saving you time.

Medical billing companies are specialists in their field – that is all they do, and they are good at it! For example, billing procedures, codes, and documentation change constantly, but they are all over it. Imagine trying to keep your own staff up-to-date with all those changes!

And while they might be an outside agency, they work as an extension of your medical practice. Confidentiality and trust are paramount and it’s likely you will always deal with the same person to ensure continuity and build a good working relationship.

Continuity is a key point here; if you keep your medical billing process in-house, what happens when your staff member is sick or takes leave? Suddenly your billing is behind and that will most certainly affect your cash flow.

Using a medical billing and coding professional service means you will have a continuous, steady flow of claims being processed and cash coming in.  Claims will be submitted faster so you can receive payments quicker.

Many medical practitioners are already reaping the rewards of outsourcing business services (such as medical billing), and even more are now considering the switch. The results of a survey of 2,000 independent physician practices, and 200 hospital-based physician

The results of a survey of 2,000 independent physician practices, and 200 hospital-based physician practices, confirmed that profit margins were being impacted negatively by traditional patient billing solutions. This has prompted 59% of medical providers and 86% of hospitals to consider alternatives.

100% of those practices surveyed, who elected to outsource in 2016, cited dropping collections and increased time to collect as the main reasons. Practices reported difficulties in recruiting and keeping business staff, and 95% of practices with less than five doctors identified themselves as ‘not tech savvy’.

Earlier we discussed how cost and control were two reasons why doctors have resisted outsourcing in the past. While there is clearly a cost involved in outsourcing your medical billing process, it is not as expensive as you may think, especially when you take into account the savings you will make in-house. In addition, it’s likely that by outsourcing to experts, you will experience a massive reduction in unpaid invoices.

Having said that, it is important to choose your billing service carefully. Ask questions and read the small print, so that you understand what you are being charged. For example, some pass on the clearing house fees, some don’t; some charge for sending out patient statements, others won’t.

So the question is this, would outsourcing your medical billing process add value to your organization? It is more than likely at this point that you will say ‘yes.’

Focus On Your Patients

If you’re still not convinced, talk to a colleague who has already gone down this route.

It’s likely they will tell you that a huge administrative burden has been lifted off their shoulders. They will confirm that because the service files more claims, faster, their cash flow has improved 100%, and they have been able to increase their pay and upgrade their equipment.

And perhaps the biggest bonus of all, they now have time. With all those hours of paperwork gone, they have time to focus on their patients, take on more patients and take vacations. And that has to be good, right!

Notice: Trying to access array offset on value of type null in /www/wp-content/themes/betheme/includes/content-single.php on line 286 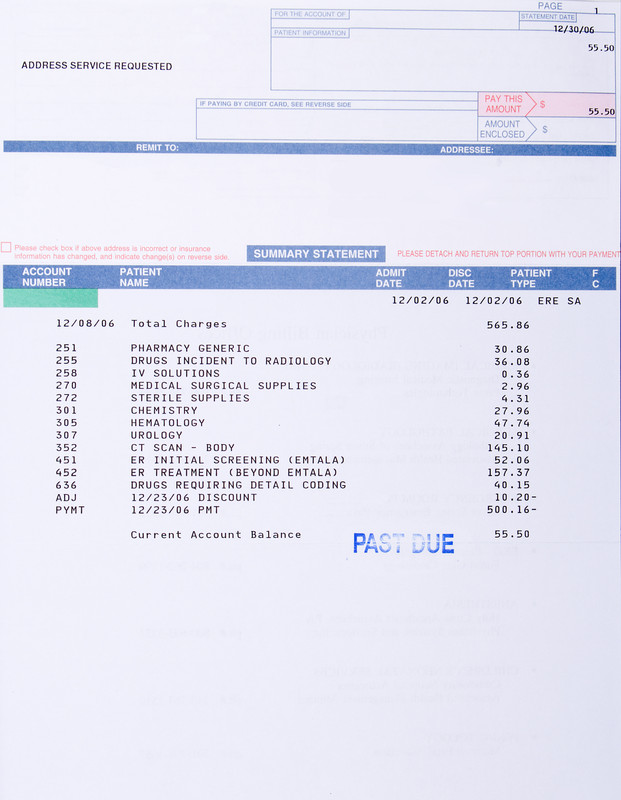